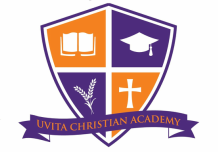 SCOTT D. BOGARD - FOUNDER & HEADMASTER
As former pastor and entrepreneur from Indiana, Scott is uniquely qualified for his important role as UCA Headmaster. First and foremost, he has a sincere love for his students and sees their limitless potential as human beings whom God has created; he constantly looks for ways to be involved with students in a one-on-one capacity that goes beyond his daily role in administration.  Scott's zest for life and love for his students join together with crucial business experience that afford him the privilege to serve as Headmaster at UCA.

BRIGIT L. BOGARD - CO-FOUNDER, OPERATIONS MANAGER, LEAD SUPERVISING TEACHER - ELEM.
Brigit is a skilled and dedicated teacher, who enjoys the multi-faceted world of education! Although her love for education wasn't realized until later in life, she feels passion and zeal for teaching, and it's evident in her approach. Brigit likes to take the time necessary to "really explain" something that is hard for a student to comprehend. She has literally been studying the Spanish language since her second year of high school, continuing on to the university level where she studied abroad in the country of Spain.  Brigit boasts experience teaching English as a Second Language (ESL) in the school system where her children attended in Indiana before re-locating to Costa Rica in 2012. Brigit also taught local high school and elementary level students when she served as teacher/tutor at The Learning Place, a private tutoring company she and her husband, Scott, founded in Indiana. 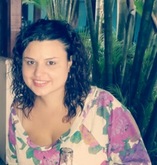 SHARON S. SALAZAR - LEAD SUPERVISOR, KINDERGARTEN LEARNING CENTER
Sharon is a recent graduate of Universidad Latina in Perez Zeledon, Costa Rica, where she earned her Bachelor's Degree in Education. Sharon may be Costa Rican, but was raised in Florida where she earned her high school diploma.  Sharon likes to travel back and forth to visit her parents when she can!  She loves to spend time with kids and is very excited about her work at UCA.  She believes that teaching Kindergarden, as well as Costa Rican Social Studies classes, will be a wonderful experience for her, and for her students.  During her free time, Sharon enjoys going on hikes, as well as traveling to new places - she simply loves to be in contact with nature.

ELLIE HACKER - ASSISTANT TO THE SUPERVISOR, ELEMENTARY LEARNING CENTER
Ellie is a recent graduate of Boulder High School in Boulder, Colorado, and will be attending Colorado State University in the fall of 2015 after serving at UCA for one semester. Ellie was a member of the National Honors Society, and participated in the Accelerated Programs (AP) available to her as a student.  She is thrilled to be able to pursue her interest in childhood education by assisting her Supervisor in the Elementary Learning Center at UCA. Ellie's additional interests lie in equine studies, training, and showing, as well as music. She is excited about taking a break from the harsh winters in the mountains of Colorado and enjoying the beach and wildlife of Uvita, Costa Rica!

JOY CANTON - LEAD SUPERVISOR, HIGH SCHOOL LEARNING CENTER
Joy graduated Summa Cum Laude in July 2012 from James Madison University in Harrisonburg, Virginia. Having received her degree in the Arts with a concentration in English and Creative Writing, she is excited to teach high school students in the Learning Center at UCA.  She believes she can help her students to enhance their writing skills in a variety of ways. Because Joy received her high school diploma through Accelerated Christian Education (ACE), she is especially familiar with PACEs and equipped for her position.  Joy's father is from Costa Rica, and she has always had a love for the community and a desire to be a bigger part of it. Although teaching is her main focus, Joy also works with local orphanages in the areas surrounding Uvita and hopes to begin the groundwork for starting her own.  You can often find Joy curled up on a couch with a good book or taking photographs of anything that moves! 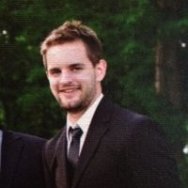 STEPHEN BUECHNER - ASSISTANT SUPERVISOR HIGH SCHOOL LEARNING CENTER
Stephen graduated with an Associates Degree in Liberal Arts from Lord Fairfax Community College in 2011, and later went on to continue his education at James Madison University. Stephen has the ability to make complicated Mathematics simple, and spends most of his time at UCA teaching Math to high school students as an Assistant Supervisor in their Learning Center.  He has a passion and appreciation for young people, and is also an ordained Youth Minister. Stephen is an avid musician, and plays a wide variety of instruments, spanning from piano, to guitar, to drums. When he's not busy in the classroom, he teaches English to local Ticos in the Uvita community and volunteers at his local church and youth center.